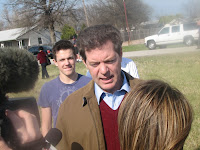 Posted by EC Gefroh at 5:57 AM No comments: Links to this post

Email ThisBlogThis!Share to TwitterShare to FacebookShare to Pinterest
Labels: sebelius

Posted by EC Gefroh at 4:33 AM No comments: Links to this post

For the Ultimate Pro-Life Statement, Don't Miss the Kurtz Family on EWTN's "Life on the Rock"

The following is from EWTN

What do you do if you’re Catholic couple faced with infertility? Rather than resort to in-vitro fertilization, in which many embryos are created and destroyed, Donna and John Kurtz of Coatesville , Pa. began adopting. They are now the parents of 21 children (17 adopted, four under their guardianship) from all over the world. To feed, clothe and house them – and others who need help – they’ve started a non-profit organization called “ Saint Joseph ’s House.” Hear their amazing story at 8 p.m. ET, Thursday, April 16 on “Life on the Rock.”

Posted by EC Gefroh at 3:39 AM No comments: Links to this post

Email ThisBlogThis!Share to TwitterShare to FacebookShare to Pinterest
Labels: Adoption

Washington, DC (LifeNews.com) -- The latest 40 Days for Life campaign has ended, but many pro-life advocates say they are so encouraged by their involvement that they want to continue.

Shawn Carney, 40 Days for Life's spring campaign director, tells LifeNews.com that it has resulted in closing abortion centers. He said, "If there's a main theme I'm hearing from the tens of thousands of participants around the country at the completion of this spring's 40 Days for Life campaign, it's 'We don't want to stop!'"

"People have witnessed first-hand that a prayerful presence outside abortion facilities saves lives, and they know they will see additional results by continuing their vigils," Carney added.

From February 25 to April 5, some 135 cities in the United States, Canada, Australia and Northern Ireland joined together for the 40 Days for Life campaign. The effort featured 40 days of prayer and fasting for an end to abortion, constant vigil outside abortion centers, and extensive community outreach. This was the fourth coordinated, simultaneous 40 Days for Life campaign in the last 20 months.

Combined, those campaign resulted in 466 local efforts in 240 separate cities in all 50 states plus seven other nations. More than 200,000 people have participated and more than 4,000 churches have been involved, and at least 1,517 babies were spared from abortion. In total, 17 employees of abortion centers quit their jobs and three abortion centers closed as a result of the efforts. Full story at LifeNews.com

Related information: O'ahu residents can become involved immediately! Participate in weekly sidewalk prayer vigils and other events now through the start of the 40 Days for Life fall campaign September 23-November 1, 2009. For information, visit 40DaysForLife.com/Honolulu or contact Isaiah, Campaign Director, at 383-5137 or isaiah40daysforlife@gmail.com. Follow the campaign on Twitter, too!

Email ThisBlogThis!Share to TwitterShare to FacebookShare to Pinterest
Labels: 40 Days for Life, Prolife

Posted by Island Livin' at 1:43 AM No comments: Links to this post

Washington, DC (LifeNews.com) -- Following the death of Terri Schiavo, the mainstream media and community groups like AARP promoted the signing of living wills. On the heels of the fourth anniversary of Terri's husband subjecting her to a painful euthanasia death, two pro-life groups are working together to promote a pro-life advanced directive.

The National Right to Life has championed the Will to Live since 1992 and now the Alliance Defense Fund, a pro-life legal group, has climbed on board to help promote it. As part of the project, thousands of attorneys allied with ADF across the country will make themselves available to provide free legal advice to assist individuals to fill out the proper will to live documents for their state of residence.

The Will to Live is a legal document anyone can sign that starts from the medical principle that patients desire to live and don't want lifesaving medical treatment, or basic food and water -- as in Terri's case -- denied to them. Jennifer Popik, an NRLC attorney, explains the benefit of the Will to Live compared with other traditional documents.

"There is a growing danger that you may be denied necessary medical treatment or even starved or dehydrated should you become unable to speak for yourself," she explains. "If you have or have thought about filling out other living will documents, it is important to be aware of the danger that they are often insufficiently protective." Full story at LifeNews.com

Hawaii residents: You and your loved ones can avoid the painful, involuntary euthanasia Terri Schiavo suffered. Complete a pro-life advanced directive, not the "living will" forms offered by most groups. To get your pro-life Hawaii Will to Live form, contact Hawaii Right to Life at 585-8205 or hrtlprolife@yahoo.com

Posted by Island Livin' at 1:30 AM No comments: Links to this post

Email ThisBlogThis!Share to TwitterShare to FacebookShare to Pinterest
Labels: advanced directive, living will, terri schiavo, will to live

Washington, DC (LifeNews.com) -- A White House mailroom staffer has confirmed that nearly 2.5 million red envelopes have made their way to President Barack Obama to protest his pro-abortion record. The staff member says the campaign is one of the largest efforts he can recall in his 35 years working at the White House.

The mailroom worker, identified in a WorldNetDaily interview as Steve, helps oversee the mail destined for the president. Asked if he had seen a deluge of red envelopes in recent weeks, Steve responded: "Uh, yes. Believe me, they made it here."

"Quite frankly, there was definitely a deluge of mail coming through," he laughed. "I had to handle them all." Though President Obama is in Europe on a foreign trip, the White House worker said the Obama administration has noticed the flood of red envelopes against abortion. "I've been here 35 years, so I've seen presidents come and go," he said. "This campaign ranks up there with the big ones." Full story at LifeNews.com

Posted by Island Livin' at 1:23 AM No comments: Links to this post 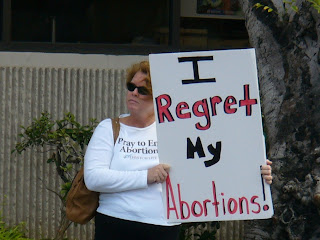 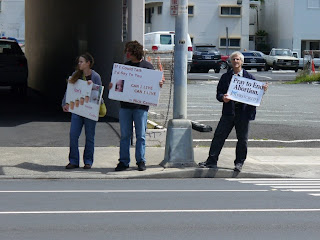 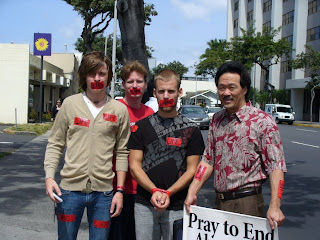 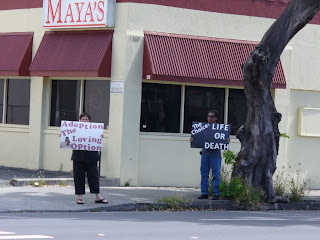 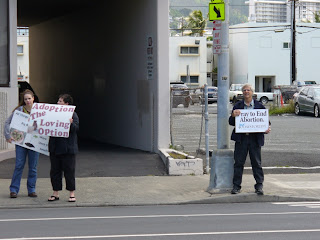 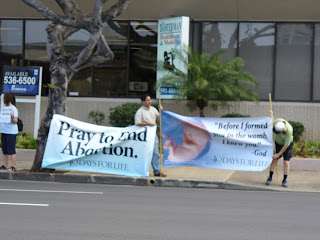 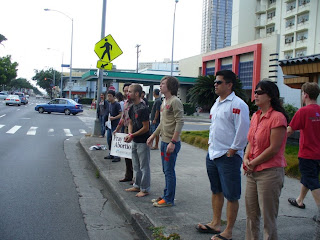 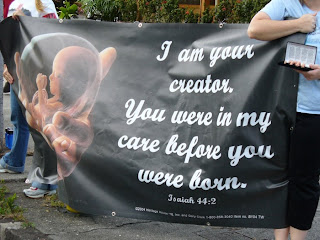 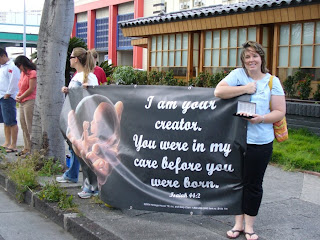 Email ThisBlogThis!Share to TwitterShare to FacebookShare to Pinterest
Labels: 40 Days for Life Honolulu 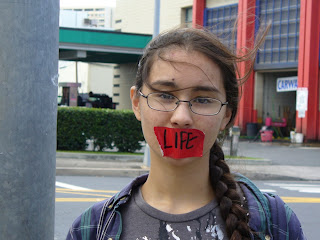 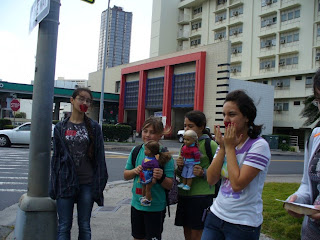 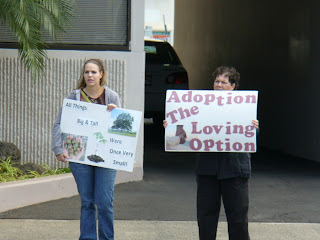 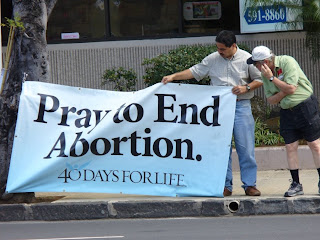 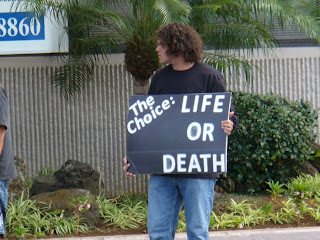 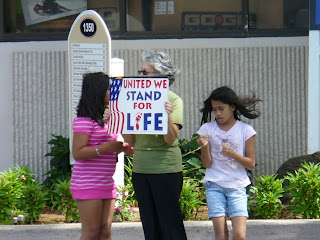 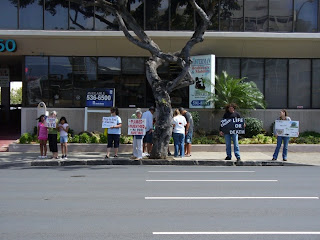 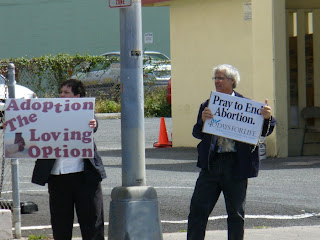 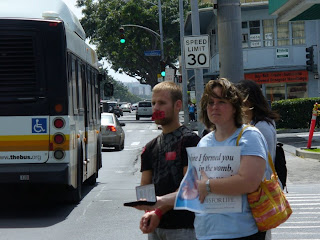 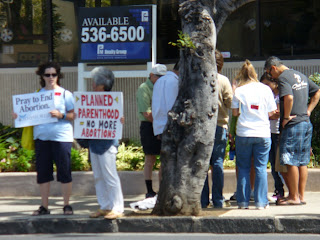 I am a little late in posting them because of a death in my family.

Posted by EC Gefroh at 4:07 AM No comments: Links to this post

Email ThisBlogThis!Share to TwitterShare to FacebookShare to Pinterest
Labels: 40 Days for Life Honolulu

The Department of Homeland Security is warning law enforcement officials about a rise in "rightwing extremist activity," saying the economic recession, the election of America's first black president and the return of a few disgruntled war veterans could swell the ranks of white-power militias.

A footnote attached to the report by the Homeland Security Office of Intelligence and Analysis defines "rightwing extremism in the United States" as including not just racist or hate groups, but also groups that reject federal authority in favor of state or local authority.

"It may include groups and individuals that are dedicated to a single-issue, such as opposition to abortion or immigration," the warning says. (emphasis added) Full story here

According to a press release, the bishops called on Peruvians “to turn their eyes to the smallest members of the Peruvian family, those who live in their mother’s wombs.”

Posted by EC Gefroh at 6:47 AM No comments: Links to this post

Taking Pride in the Killing of defenseless Babies

The importance of abortion as a human right integral to women's dignity, the destigmatization and normalization of the experience as common for women...

Read the rest of this incredibly out of touch with humanity, article here

Posted by EC Gefroh at 5:40 AM No comments: Links to this post 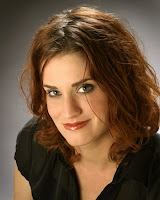 View from the Choir has videos from Gianna's talk in Australia

Posted by EC Gefroh at 8:52 AM No comments: Links to this post