Government vs. Conscience: where do human rights come from?

Posted by Island Livin' at 1:53 PM No comments: Links to this post

Posted by Island Livin' at 1:22 PM No comments: Links to this post

The vote of 167 to 32 was held yesterday afternoon and served as a major victory to those working to protect all human life. Full story from PersonhoodUSA.com

Posted by Island Livin' at 1:16 PM No comments: Links to this post

Austin, TX (LifeNews.com) -- When the Supreme Court handed down the Roe v. Wade decision that allowed virtually unlimited abortions, pro-life advocates said it would lead to a slippery slope. In Texas, legislators could slide down that slope when they vote on a bill that would lower the penalty for some mothers who engage in infanticide.

HB 3318 would reduce the crime of infanticide from capital murder to a state jail felony and the measure could receive a vote soon in the Texas House of Representatives.

The bill is now eligible to be scheduled on the House calendar since the House Criminal Jurisprudence Committee recently approved it.

Jonathan Saenz, director of legislative affairs at Free Market Foundation, who testified against the bill during the committee hearing, told LifeNews.com that Texans need to contact their lawmakers to oppose HB 3318.

“We already have incomplete protection for unborn children, and the assault, under this bill, will now extend to babies once they're born by giving them less protection,” he said. Full story at LifeNews.com

Posted by Island Livin' at 6:46 PM No comments: Links to this post

Washington, DC (LifeNews.com) -- President Barack Obama marks his first 100 days in the White House today and his record is replete with aggressive promotion of abortion and attacks on pro-life advocates. Obama has used tax dollars to pay for abortion and embryonic stem cell research and stacked his administration with abortion advocates.

The president's litany of anti-life decisions began immediately after his election in November, when he selected a long-time abortion advocate as his White House chief of staff.

Obama began fulfilling his promises to abortion advocates during his first week in office when he overturned the Mexico City Policy that prevented forcing taxpayers to fund groups that promote and perform abortions in other countries.

Instead of urging Americans to honor and respect the dignity and worth of human life as other presidents have done, Obama used the 36th anniversary of the Roe v. Wade decision to celebrate the 50 million abortions that have been done since then. Full story at LifeNews.com

Posted by Island Livin' at 5:44 PM No comments: Links to this post 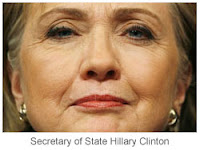 Last week at a United States (US) House Foreign Affairs Committee hearing, Secretary of State Hillary Clinton stated that there was a new administration in place with different values, beliefs and global agenda. Nothing illustrated this rupture with previous US policy more than her admission that the Obama administration interprets the term “reproductive health” to include abortion...

Read the rest at C-FAM

Posted by EC Gefroh at 11:24 AM No comments: Links to this post

The Archdiocese of Mexico City’s weekly newspaper, Desde la Fe, called the second anniversary of the legalization of abortion up to the twelfth week “disastrous,” saying the Mexican capital has been turned into a “murderous city,’ with more than 23,000 abortions and 14 maternal deaths as a result.

Posted by EC Gefroh at 6:48 AM No comments: Links to this post

This bill addresses comprehensive sexuality health education in Hawai'i. Catholic Charities' Try Wait and the Boys and Girls Club's Smart Moves could be defunded by this bill. The Hawai'i House amended the bill so it would not affect these programs but the Senate did not, so the bill is going into conference.

Action needed: Please call or email the Senate Conference Committee members and ask that they accept the House version of SB 777, SD 1, HD 1. (The House conferees have not yet been announced.) The Senate conferees are:

Posted by Island Livin' at 2:27 PM No comments: Links to this post

Washington, DC (LifeNews.com) -- The Senate Judiciary Committee will hold a hearing on Wednesday on President Barack Obama's first pro-abortion judicial nomination. Obama named David Hamilton, a former Clinton federal district court nominee, to serve on the Seventh Circuit Court of Appeals. Hamilton was initially appointed by President Clinton to a district judgeship in Indiana in 1994 even though the ABA gave him a “not qualified” rating.

In that position, Hamilton issued a series of rulings over seven years that prevented Indiana from implementing its informed consent law that would give women information about abortion's risks and alternatives.

Sen. Pat Leahy, a pro-abortion Vermont Democrat who is the chairman of the Senate panel, scheduled a hearing on Wednesday for Hamilton's nomination after Republicans boycotted an earlier hearing saying they were not given enough time to prepare for it.

Hamilton has the backing of that Indiana’s Republican senator, Dick Lugar, but pro-life Sen. James Inhofe, an Oklahoma Republican, has already pledged to filibuster Hamilton's nomination.

Meanwhile, pro-life Sen. Jeff Sessions of Alabama, another Republican, has also indicated he is potentially voting against Hamilton and perhaps supporting a filibuster of his nomination.“There is a growing frustration in the Judiciary Committee about a pattern of far-left nominees,” Sessions said. “I believe the president deserves deference, but he’s about used all the deference he’s going to get out of me.”

Hamilton found his decision against the Indiana informed consent law overturned by the appeals court where he may serve.

In fact, the 7th Circuit Court issued a statement chiding him for holding up the law."For seven years Indiana has been prevented from enforcing a statute materially identical to a law held valid by the Supreme Court in Casey, by this court in Karlin, and by the fifth circuit in Barnes," the appeals judges wrote in their decision.

"No court anywhere in the country (other than one district judge in Indiana [i.e., Hamilton]) has held any similar law invalid in the years since Casey," they added. "[I]t is an abuse of discretion for a district judge to issue a pre-enforcement injunction while the effects of the law (and reasons for those effects) are open to debate."

Prior to becoming a federal judge, Hamilton was the vice president for litigation and a board member of the Indiana branch of the ACLU, a top pro-abortion law firm.

ACTION: Contact your members of the Senate and express your opposition to Hamilton's nomination. You can find contact information for your senator at http://www.senate.gov/general/contact_information/senators_cfm.cfm

Posted by Island Livin' at 10:41 AM No comments: Links to this post

"Search the Internet, Save Babies"

Posted by EC Gefroh at 3:14 AM No comments: Links to this post

On the same day that former Vatican ambassador Mary Ann Glendon announced that she has decided to refuse Notre Dame's Laetare Medal due to the university's invitation of Obama to receive an honorary degree at this year's commencement ceremony, a group protesting the decision has announced that the university has also lost millions in donations because of the scandal. (See: LifeSiteNews Article here)

Posted by EC Gefroh at 10:11 AM No comments: Links to this post

The Mona Lisa Project has exposed another instance where Planned Parenthood would have an allegedly pregnant 14 year old girl lie about her 31 year old boyfriend in a state where this would is a felony.

Posted by EC Gefroh at 10:02 AM No comments: Links to this post

The purpose of this free conference is to build an ecumenical network and present a unified front in response to legislation that may be introduced that opposes traditional, Constitutional, and Judeo-Christian moral principles. The three-fold purpose of this conference:

For more information, visit http://hawaiirighttolifehilo.blogspot.com/2009/04/family-life-issues-conference.html or contact Dave DeCleene at davedecleene@gmail.com
Posted by Island Livin' at 1:25 AM No comments: Links to this post