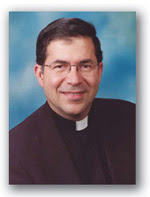 Talk story with Father Pavone about the Gospel of Life and hear about current events from his unique perspective on Sunday, September 20 at Hale Koa's DeRussy Room. Doors open at 5:30pm, dinner at 6:30pm. Tickets are $50 each, or reserve a table of 10 for $500.

All proceeds from this event benefit the pro-life mission of Hawaii Right to Life.

To purchase tickets or for more information, contact Deacon Kin Borja at 455-7888 or kinborja@aol.com.

Posted by Island Livin' at 4:18 PM No comments: Links to this post

There Goes My Life

Do you know someone facing an unplanned pregnancy? Free help is available 24/7 online or by calling 800-395-HELP.

Posted by Island Livin' at 4:03 PM No comments: Links to this post

Killing Those Deemed Unworthy of Life

Posted by Island Livin' at 3:58 PM No comments: Links to this post

Posted by Island Livin' at 1:24 PM No comments: Links to this post

Washington, DC (LifeNews.com) -- The pro-life community is focused on the pro-abortion problems with the healthcare restructuring bills Congress is considering, but there appears to be another threat. One patients' advocate who is the former New York lieutenant governor, says the bill also promotes elderly euthanasia.

The government-run healthcare plan the House is considering would require "end-of-life" counseling for seniors.

In section 1223 of the tri-committee healthcare bill, a government-run an "Advance Care Planning Consultation" is created.

Betsey McCaughey, in an interview with former presidential candidate Fred Thompson on his radio show warned people to "protect their parents" from the measure and said the consultation is essentially an attempt to kill off elderly Americans.

"One of the most shocking things is page 425, where the Congress would make it mandatory absolutely that every five years people in Medicare have a required counseling session," she said. They will tell [them] how to end their life sooner." Full story here.

Posted by Island Livin' at 12:58 PM No comments: Links to this post

Dissolution of Bioethics Council is a Loss for America

Members received only one day's notice of the council's dissolution, forcing them to cancel a planned meeting and leave unfinished several major reports that were due to be released soon.

Their abrupt dismissal received little press, aside from a New York Times article that noted Obama's reason for dismantling the council. According to White House press officer Reid Cherlin, the council was "a philosophically leaning advisory group" and Obama wants a new bioethics commission that focuses less on discussion and more on forming consensus around "practical policy options." As University of Wisconsin law professor and Obama ally Alta Charo explained, the old council "seemed more like a public debating society," whereas Obama's new one will help him form what the Times described as "ethically defensible public policy."

It's ironic that a president often hailed as a sort of philosopher-king regards the discussion of philosophical questions as a waste of time for a bioethics commission. And it's odd that a leader who talks incessantly about the importance of listening to diverse viewpoints found so little to like about a council that was one of the few vehicles left in America for intelligent, civil public discourse about weighty moral questions.

While many politicians and pundits shout past each other when discussing such issues as cloning or end-of-life care, the council's members engaged each other's ideas with respect and offered an elevated model of debate for our sound-bite society. They raised profound questions about science and technology that too few Americans consider, much less discuss in depth with principled, thoughtful opponents. Gathering some of America's brightest scholars from across disciplines, the council tackled everything from the ethics of genetic screening for newborns to the moral dilemmas posed by our struggle to care for aging loved ones. Read more here.

Posted by Island Livin' at 3:46 PM No comments: Links to this post

"Help block one of the greatest threats to human life since the Roe v. Wade Supreme Court decision imposed abortion on America..."

Join an URGENT nationwide webcast event on Thursday, July 23, to learn how you can prevent Washington D.C. bureaucrats and abortion industry lobbyists from forcing YOU to pay for abortions

This political power-grab is an effort to implement one of the cornerstones of the "Freedom of Choice Act" (FOCA), and could lead to a massive abortion industry bailout -- something the overwhelming majority of Americans oppose, and certainly cannot afford in these tough economic times.

Now they want EVEN MORE!

It is unthinkable that -- at a time when American taxpayers are trying to stretch their dollars as far as possible, jobs are being lost, homes are foreclosed, food prices are on the rise, and the economy continues to decline -- the abortion industry's allies in Congress are trying to mandate taxpayer funding of abortion.

Under the proposed takeover, virtually every American will eventually be in a health plan that mandates abortion coverage. These heinous measures could also force honorable medical providers to violate their consciences and perform abortions -- or risk losing their jobs.

Simply stated, this abortion mandate must be STOPPED!

Learn what's at stake -- and discover how to STOP this abortion mandate in its tracks.

The live event will be approximately 70 minutes long. If you have access to the Internet -- even with a dial-up connection -- you can listen in on the live webcast audio and ask questions.

During this nationwide event, you will discover:

Click here to learn more and register for the webcast now!