H/T to Sue of Half the Kingdom

Posted by EC Gefroh at 8:11 AM No comments: Links to this post

A scourge of epic proportions is ravaging the black community. This pestilence is the No. 1 killer of blacks, exceeding all other causes of death combined, including heart disease, diabetes, cancer, violent crimes and HIV/AIDS. It is called abortion, or "womb lynching" by those of us who know the motives of its financiers, and it claims 50 percent of black offspring each year, about 700,000 children. An estimated 25 percent of blacks are "missing" because they did not survive pregnancy. The most dangerous place for a black child to be is in his or her mother's womb. The black community is being incrementally snuffed out through abortion.

More blacks die in one week through womb lynching (more than 8,400) than were killed in 100 years of post-Civil War lynchings in America (an estimated 3,457). This is a genocide, a holocaust, a "Maafa," that is eliminating our children and our future.

Where in the black community is the outrage? Where are our leaders? Unfortunately, far too many of the community and political leaders are complicit through their silence, perhaps because they benefit financially by supporting the multibillion-dollar abortion industry. It is estimated that since 1973, abortionists have profited by about $4 billion from the abortion of black babies, and this means abortionists have the means to lavishly support politicians who do their bidding. Read more.
Posted by Island Livin' at 3:15 AM No comments: Links to this post

Join the conversation at twitter.com/hawaiirtl!

Posted by Island Livin' at 2:44 AM No comments: Links to this post

Washington, DC (LifeNews.com) -- President Barack Obama on Thursday directed the National Institutes of Health to officially adopt its proposed rules to implement his decision to force taxpayers to pay for embryonic stem cell research. Obama reversed protections that prevented the funding of new research destroying human life. Read more.
Posted by Island Livin' at 2:37 AM No comments: Links to this post

Washington, DC (LifeNews.com) -- A national organization for pro-life nurses is joining the chorus of voices urging members of Congress to keep abortion out of health care. The board of directors of the National Association of Pro-Life Nurses is unified in asking Congress to make sure abortion funding and insurance mandates are not included. Read more.

Posted by Island Livin' at 2:34 AM No comments: Links to this post

Washington, DC (LifeNews.com) -- The Obama administration is coming under heavy criticism for asking for people to become tattletales on groups and people who oppose the pro-abortion healthcare bills in Congress. One member of the Senate says Obama could use the information to create an "enemies list," which the White House denies. Read more.
Posted by Island Livin' at 2:32 AM 1 comment: Links to this post

Washington, DC (LifeNews.com) -- Members of the Senate voted 69-31 today to approve appeals court judge Sonia Sotomayor for a seat on the Supreme Court. There, she is expected to become one of the five members of the pro-abortion majority that supports Roe v. Wade and its unlimited abortions. Read more.
Posted by Island Livin' at 2:30 AM No comments: Links to this post

Subscribe to the Hawaii Right to Life Heartbeat, a quarterly newsletter packed with pro-life news you can use! Contact us at hrtlprolife@yahoo.com or 808.585.8205 to receive your free copy.
Posted by Island Livin' at 2:20 AM No comments: Links to this post

Posted by Island Livin' at 4:23 PM No comments: Links to this post

Posted by Island Livin' at 4:16 PM No comments: Links to this post

Posted by Island Livin' at 4:07 PM No comments: Links to this post

Posted by Island Livin' at 4:05 PM No comments: Links to this post

Posted by Island Livin' at 4:02 PM No comments: Links to this post

Study: Have Fewer Children to Help Environment, May Lead to More Abortions

Posted by Island Livin' at 4:02 PM No comments: Links to this post

Posted by Island Livin' at 4:00 PM No comments: Links to this post

Posted by Island Livin' at 3:59 PM No comments: Links to this post 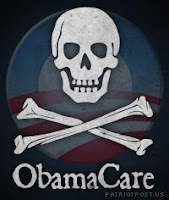 From CMS at FreeRepublic.com:

• Page 16: States that if you have insurance at the time of the bill becoming law and change, you will be required to take a similar plan. If that is not available, you will be required to take the government option!
• Page 22: Mandates audits of all employers that self-insure!
• Page 29: Admission: your health care will be rationed!
• Page 30: A government committee will decide what treatments and benefits you get (and, unlike an insurer, there will be no appeals process)
• Page 42: The "Health Choices Commissioner" will decide health benefits for you. You will have no choice. None.
• Page 50: All non-US citizens, illegal or not, will be provided with free healthcare services.
• Page 58: Every person will be issued a National ID Healthcard.
• Page 59: The federal government will have direct, real-time access to all individual bank accounts for electronic funds transfer.
• Page 65: Taxpayers will subsidize all union retiree and community organizer health plans (example: SEIU, UAW and ACORN)
• Page 72: All private healthcare plans must conform to government rules to participate in a Healthcare Exchange.
• Page 84: All private healthcare plans must participate in the Healthcare Exchange (i.e., total government control of private plans)
• Page 91: Government mandates linguistic infrastructure for services; translation: illegal aliens
• Page 95: The Government will pay ACORN and Americorps to sign up individuals for Government-run Health Care plan.
• Page 102: Those eligible for Medicaid will be automatically enrolled: you have no choice in the matter.
• Page 124: No company can sue the government for price-fixing. No "judicial review" is permitted against the government monopoly. Put simply, private insurers will be crushed.
• Page 127: The AMA sold doctors out: the government will set wages.
• Page 145: An employer MUST auto-enroll employees into the government-run public plan. No alternatives.
• Page 126: Employers MUST pay healthcare bills for part-time employees AND their families.
• Page 149: Any employer with a payroll of $400K or more, who does not offer the public option, pays an 8% tax on payroll
• Page 150: Any employer with a payroll of $250K-400K or more, who does not offer the public option, pays a 2 to 6% tax on payroll
• Page 167: Any individual who doesn't have acceptable healthcare (according to the government) will be taxed 2.5% of income.
• Page 170: Any NON-RESIDENT alien is exempt from individual taxes (Americans will pay for them).
• Page 195: Officers and employees of Government Healthcare Bureaucracy will have access to ALL American financial and personal records.
• Page 203: "The tax imposed under this section shall not be treated as tax." Yes, it really says that.
• Page 239: Bill will reduce physician services for Medicaid. Seniors and the poor most affected."
• Page 241: Doctors: no matter what specialty you have, you'll all be paid the same (thanks, AMA!)
• Page 253: Government sets value of doctors' time, their professional judgment, etc.
• Page 265: Government mandates and controls productivity for private healthcare industries.
• Page 268: Government regulates rental and purchase of power-driven wheelchairs.
• Page 272: Cancer patients: welcome to the wonderful world of rationing!
• Page 280: Hospitals will be penalized for what the government deems preventable re-admissions.
• Page 298: Doctors: if you treat a patient during an initial admission that results in a readmission, you will be penalized by the government.
• Page 317: Doctors: you are now prohibited for owning and investing in healthcare companies!
• Page 318: Prohibition on hospital expansion. Hospitals cannot expand without government approval.
• Page 321: Hospital expansion hinges on "community" input: in other words, yet another payoff for ACORN.
• Page 335: Government mandates establishment of outcome-based measures: i.e., rationing.
• Page 341: Government has authority to disqualify Medicare Advantage Plans, HMOs, etc.
• Page 354: Government will restrict enrollment of SPECIAL NEEDS individuals.
• Page 379: More bureaucracy: Telehealth Advisory Committee (healthcare by phone).
• Page 425: More bureaucracy: Advance Care Planning Consult: Senior Citizens, assisted suicide, euthanasia?
• Page 425: Government will instruct and consult regarding living wills, durable powers of attorney, etc. Mandatory. Appears to lock in estate taxes ahead of time.
• Page 425: Government provides approved list of end-of-life resources, guiding you in death.
• Page 427: Government mandates program that orders end-of-life treatment; government dictates how your life ends.
• Page 429: Advance Care Planning Consult will be used to dictate treatment as patient's health deteriorates. This can include an ORDER for end-of-life plans. An ORDER from the GOVERNMENT.
• Page 430: Government will decide what level of treatments you may have at end-of-life.
• Page 469: Community-based Home Medical Services: more payoffs for ACORN.
• Page 472: Payments to Community-based organizations: more payoffs for ACORN.
• Page 489: Government will cover marriage and family therapy. Government intervenes in your marriage.
• Page 494: Government will cover mental health services: defining, creating and rationing those services.

Email ThisBlogThis!Share to TwitterShare to FacebookShare to Pinterest
Labels: ObamaCare

DESPITE ATTACKS, A.L.L. CALLS ON CATHOLIC ORGANIZATIONS TO CONDEMN ‘OBAMACARE’

DESPITE ATTACKS, A.L.L. CALLS ON CATHOLIC ORGANIZATIONS TO CONDEMN ‘OBAMACARE’

Catholic Charities USA, the Society of St. Vincent de Paul and the Catholic Health Association are urging their members to support “healthcare reform now,” i.e. current legislation that includes tax-subsidized abortion and rationed care for the sick and elderly.

ALL was alerted to the scandal when supporters passed along an action alert issued jointly by Catholic Charities and the De Paul Society, in which they tell members and supporters,

The Catholic Health Association produced a video which begins with a clip of President Obama, the most pro-abortion president in history, rallying Congress to support his healthcare plan. The De Paul Society inserted the video in its web site.

“We reported, verbatim, the statements these organizations sent their members,” Brown responded. “These groups are apparently attempting to work out a backroom deal with the Obama administration. Their primary concern is universal health care, while the preborn and the elderly are left behind as collateral damage. As institutions rooted in Catholic social teaching, these groups should be at the forefront of the fight against the injustice of rationed care for the poorest of the poor, of tax-subsidized abortion and contraception, and of disregard for the health of the sick and elderly.”

American Life League was cofounded in 1979 by Judie Brown. It is the largest grassroots Catholic pro-life organization in the United States and is committed to the protection of all innocent human beings from the moment of creation to natural death. For more information or press inquiries, please contact Katie Walker at 540.659.4942.

Posted by EC Gefroh at 10:52 AM No comments: Links to this post

Email ThisBlogThis!Share to TwitterShare to FacebookShare to Pinterest
Labels: ObamaCare

Posted by EC Gefroh at 9:43 AM No comments: Links to this post

Email ThisBlogThis!Share to TwitterShare to FacebookShare to Pinterest
Labels: Petitions

The Pro-Life Movement and the Heath Care Bill

Thanks to John for sharing this.