WASHINGTON, DC, June 16, 2010 (LifeSiteNews.com) – Taxpayers have funded abortion advocacy organizations to the tune of over a billion dollars between 2002 and 2009, according to a new report by the non-partisan Government Accountability Office (GAO). However, these figures may only be the tip of the iceberg.

Read the rest here
Posted by EC Gefroh at 6:11 PM No comments:

"To Be Born" Trailer


H/T to Patrick Madrid
Posted by EC Gefroh at 2:13 PM No comments:

Email ThisBlogThis!Share to TwitterShare to FacebookShare to Pinterest
Labels: Movies

Alert: Urge Congress to vote NO on DISCLOSE Act

The House of Representatives is expected to vote tomorrow on a bill that would place more limits on pro-life and other political groups when it comes our ability to communicate with YOU about Congress' legislative and political activities. The bill, called the DISCLOSE Act (HR 5175), could also potentially force us to make our donor records public.

This bill specifically targets grassroots organizations with fewer than 500,000 members. It is an outrageous restriction of our First Amendment free speech rights that will not only keep the American people in the dark but will simultaneously have a chilling effect on donations to organizations who address public policy issues.

Learn more about the bill in a LifeNews.com article here.
Posted by Island Livin' at 2:29 PM No comments:

Washington, DC (LifeNews.com) -- The head of a women's organization will be testifying at a Food and Drug Administration hearing on Thursday and telling federal officials the drug agency should not approve the abortion drug Ella. Known as ellaOne in Europe and by its name ulipristal, it operates like the popular abortion drug RU 486.

Despite its abortifacient properties, the Ella drug would be marketed in the United States as a new and improved version of the morning after pill. Full story.
Posted by Island Livin' at 8:51 PM No comments:

Young Florida woman chooses baby's life over her own 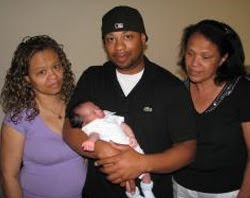 Miami, Fla., Jun 15, 2010 / 07:17 am (CNA).- The story of Benny Abreu, a young woman from the Dominican Republic, has moved Floridians because of her testimony to motherly love. The Florida woman suffered from serious heart problems and preferred to die rather than abort the baby she was carrying.

Read the rest of the CNA article here
Posted by EC Gefroh at 6:05 PM No comments:

Email ThisBlogThis!Share to TwitterShare to FacebookShare to Pinterest
Labels: Mothers

Can you Believe This? New PETA Billboard "Pro-Life"? Then Let Animals Life

Pro-Life, then Let Animals Life
Posted by EC Gefroh at 2:31 PM No comments:

In his letter to the editor of the Missoula Independent, Oregon physician Kenneth Stevens responds to an article favoring assisted suicide by explaining his belief that legalization has led to elder abuse in his state.

I am a doctor in Oregon, where physician-assisted suicide is legal. Compassion & Choices can't deny that its so-called "aid in dying" laws are a recipe for abuse, especially regarding the elderly.

So what does it do? It changes the subject by posing a counter-question about pain. [Alex Sakariassen, "Aid in dying and elder abuse," June 14, 2010].

I thought this was an interesting development given the experience of Randy Stroup. He was an Oregon resident who desired drug therapy to ease his pain and extend his life. The Oregon Health Plan turned him down, offering him assisted suicide instead. (see story,
Kenneth Stevens, M.D.

Related link:
Learn more about this issue! Visit Physicians for Compassionate Care at http://www.pccef.org/
Posted by Island Livin' at 12:27 PM No comments:

The 2009 Netherlands euthanasia statistics were reported today in the Dutch media. The number of euthanasia deaths in the Netherlands has significantly increased on a yearly basis for several years. The most recent report stated that there were 2636 reported euthanasia deaths, a 13% increase over the 2008 statistics and a 45% increase since 2003. Link to the article:(http://www.dutchnews.nl/news/archives/2010/06/sharp_growth_in_euthanasia_dea.php).

It should be noted that the media reports concerning euthanasia in the Netherlands do not include all catagories of direct and intentional reported deaths. The Netherlands has separate catagories for assisted suicide and deaths without explicit request or consent.

The most recent full-report concerning euthanasia in the Netherlands (2005) stated that there were approximately 400 assisted suicide deaths and 550 deaths without explicit request or consent.

There is a clear ethical difference between intentionally withholding fluids from a person who is nearing death, and dies a natural death and a person who was not otherwise dying and dies by intentional dehydration.

The yearly reports from the media do not include the number of infant eugenic euthanasia deaths, killed via the Groningen Protocol. Link to my article concerning the number of euthanasia deaths in the Netherlands:
http://alexschadenberg.blogspot.com/2009/09/incidence-of-euthanasia-and-assisted.html
Read more.
Posted by Island Livin' at 12:20 PM No comments:

The U.S. House of Representatives may vote within days on the so-called "DISCLOSE Act," legislation that would place sweeping new restrictions on the ability of incorporated groups, including the National Right to Life Committee and its affiliates like Hawaii Right to Life, to communicate with the public about the actions of federal lawmakers.

According to press reports, the House Democratic leadership has agreed to add a narrow "carve out" that will effectively exempt the National Rifle Association (NRA) from some of the key restrictions in the bill, in return for which the NRA has agreed that it "will not be involved in final consideration of the House bill."
In a June 15 letter to House members, posted here (in PDF format, here), NRLC reiterated its strong opposition to the bill, which it called "pernicious, unprincipled, and unconstitutional legislation." Regarding the proposed carve out, "With respect to the National Right to Life Committee, this amendment is not only worthless, but adds insult to injury," the letter said, adding that NRLC's congressional scorecard will describe a vote for the bill as a vote for "a blatant political attack on the First Amendment rights of NRLC, our state affiliates, and our members and donors."
For more details on the danger posed by the "DISCLOSE Act," see the alert published on page 1 of the June edition of National Right to Life News, posted here.

Click the image of the telephone above and enter your zip code into the "Call Now" box. Then telephone the office of the lawmaker who represents you in the House, using the number you will be shown. Use the suggested talking points to deliver the message that you are strongly opposed to this bill. (You don't have to use all of the suggestions -- the important thing is to get the main point across.) Ask how your representative intends to vote on the bill. Then, take a moment to employ the easy-to-use "Your Feedback" form to send NRLC a short e-mail message regarding what you learned.
Posted by Island Livin' at 12:13 PM No comments:

Compassion & Choices, dubbed “Conflation & Con Jobs” by the disability rights group Not Dead Yet, has issued a blog post in recognition of World Elder Abuse Prevention Day. The post notes “instances” in which family members and others abuse elders, and calls for us to “report [such abusers] to the authorities and encourage punishment.”

Elder abuse, especially financial abuse, is an epidemic. More importantly, Compassion & Choices leaves out that its so-called “death with dignity” laws create new paths for abuse. For example, in Washington State, its law allows an heir who will benefit from a person’s death, to help that person sign up for the lethal dose. See e.g. http://wsba.org/media/publications/barnews/jul-09+deathwithdignity.htm .

In New Hampshire, many legislators who initially thought that they were for the act became uncomfortable when they studied it further. . . . These acts empower heirs and others to pressure and abuse older people to cut short their lives. . . . There is no assisted-suicide bill that you can write to correct this huge problem. Read more.

SAN FRANCISCO (KGO) -- A family from Boston says their loved one died at St. Mary's Medical Center in San Francisco after staff broke their own code of ethics and refused to provide basic care.

The members of the Murray family were home in Boston on Thursday, May 6 when an urgent call came from St. Mary's in San Francisco -- their Uncle Don had suffered a stroke. On their visit to the city just last month, the 90-year-old had seemed alive and active.

"Sharp as a tack, interested in everything, he kept his brain going," his grand-niece Tegan Murray said.

"We dropped everything and took a plane that night," his niece-in-law Jean Murray said.

One of Don Holley's old neighbors in the Richmond District was acting as his durable power of attorney. A doctor told her the prognosis was not good and she agreed that Don should receive what is called "comfort care," meant for patients near death. They placed him on a morphine drip and cut off all nutrition and hydration. Without water, the doctor said Don would be dead in two days.

But, there was something wrong. When the Murrays arrived that Friday, Don appeared to be improving. Full story.
Posted by Island Livin' at 3:07 PM No comments: