You can read Matthew Warner's list over at his blog Fallible Blogma
Posted by EC Gefroh at 10:26 AM No comments: Links to this post

Email ThisBlogThis!Share to TwitterShare to FacebookShare to Pinterest
Labels: NFP 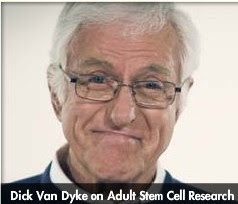 You can read all about it at Reflections of a Paralytic.
Posted by EC Gefroh at 10:22 AM No comments: Links to this post

An audit review of U.S. Agency for International Development (USAID) reveals USAID has given at least $23 million to grantees who are pushing a Kenyan constitution that liberalizes abortion law. The new constitution is supposed to create checks and balances and protect freedoms, but it also changes Kenya's strict abortion law to allow a "trained health professional" to authorize abortion "for emergency treatment" or if the life or health of the mother is in danger.

Jeff Sagnip, spokesperson for Rep. Chris Smith, R-N.J., said of the abortion language, "It's vague enough of a loophole that you could drive a truck through it." Because the funds went to grantees who agreed to push for a yes vote, Smith and other Republican congressmen say that the funds violate an amendment that prohibits using U.S. foreign assistance funds to lobby for or against abortion.

Dona Dinkler—spokesperson for the inspector general's office, which is conducting the review—stressed that the review is not over and said, "We have no evidence—no information that USAID has done anything illegal." A July Infotrak Harris poll showed 65 percent of Kenyans saying they would vote for the constitution on Aug. 4. Of the 25 percent who said they would vote no, 59 percent said they were voting no because the constitution "permits abortion."
Posted by Island Livin' at 2:08 AM No comments: Links to this post

Over 200 physicians who have served U.S. soldiers have signed a letter to U.S. senators protesting a Senate bill amendment that would use U.S. military medical facilities as abortion clinics. The 16,000-member Christian Medical Association organized the letter and today sent it to the senators urging them to vote no on a National Defense Authorization Act amendment by Sen. Roland Burris that would remove restrictions on performing abortions in military facilities. CMA Senior Vice President Gene Rudd, MD, who received the Gorgas Award for distinguished service in the American military, said,

"If enacted, requiring military physicians to perform abortions threatens military readiness. Morale will suffer among those already serving. Morale is a key component of military effectiveness. Furthermore, just as we have seen a marked decrease in young doctors entering OB/Gyn training for fear of being forced to do abortion, this requirement will discourage young doctors from joining the military."

"In addition to facilitating further destruction of unborn life, the provision will place military physicians with life-honoring convictions in the unenviable position of either disobeying orders, abandoning their conscience, or seeking objector status."

In 2006, the House rejected by a vote of 191-237 an amendment similar to the Burris amendment. The Burris amendment, which would allow abortion on both domestic and overseas military bases, is even more expansive than the rejected 2006 amendment. The letter from military physicians urges senators to "vote NO on the National Defense Authorization Act for Fiscal Year 2011 (DoD) (S.3280) because it contains Sen. Roland Burris' amendment to strike Section 1093(b) of Title 10 of the US Code." Read more.

Take action! Contact your senators and urge them to "vote NO on the National Defense Authorization Act for Fiscal Year 2011 (DoD) (S.3280) because it contains Sen. Roland Burris' amendment to strike Section 1093(b) of Title 10 of the US Code."
Posted by Island Livin' at 1:21 AM No comments: Links to this post

Firestorm of assisted suicide in Idaho and Montana threatening…

From the True Compassion Advocates blog

First, it was Washington and Oregon. Now it’s Montana and Idaho.

The west is ablaze—once again— with the issue of assisted suicide. In the dog days of summer, while many of us tarry at the beach, fitting in work where we may, focusing on family, vacations, and respite from winter’s storms, a new and potentially lethal danger smolders. Radical suicide proponents have targeted western states anew. Most recently in Montana, and now in Idaho, attempts are being made to torch protective laws, life-saving laws which shelter vulnerable adults from elder abuse, assisted suicide and assisted homicide.

What happens next, whether the west is won or lost, will depend on each of us, on advocates of true compassion everywhere, not only in Montana and Idaho, but also in Washington, Oregon, elsewhere in the US, Canada, Europe and beyond. Citizens of both states have begun to wake up to the very real danger of being targeted by suicide proponents armed with bevies of out-of-state consultants carrying bucket-loads of out-of-state cash. Read more.
Posted by Island Livin' at 1:16 AM No comments: Links to this post

Washington, DC (LifeNews.com) -- The Obama administration has approved the bid by cloning company Geron to undertake the first trial involving the use of embryonic stem cells in humans. They have never been used before in people because the cells cause tumors and have been plagued by immune system rejection issues when tried in animals.

Scientists and pro-life advocates say human embryonic stem cells are not ready for trial because problems associated with the cells in animals haven't been solved. Full story.
Posted by Island Livin' at 1:12 AM No comments: Links to this post

October will be here before we know it, and that means National Breast Cancer Awareness Month. Good hearted people will buy pink merchandise from organizations that support breast cancer research. The largest of these organizations is Susan G. Komen for the Cure. Fighting Breast Cancer is a noble cause, however the people behind the pink movement don’t always adhere to their mission to, “Save lives, empower people, [and] ensure quality care for all…”

The problem is that the affiliates of Susan G Komen for the Cure donate millions of dollars to Planned Parenthood. Full story.
Posted by Island Livin' at 1:04 AM No comments: Links to this post

From a July 30 Washington Times piece by Rita Diller of American Life League:

Where's the money? That's the question on everyone's mind after reading the recently released Government Accountability Office report. The GAO numbers on money paid out to Planned Parenthood between 2002 and 2008 reveal an unaccounted-for $1.3B.

No answers have been forthcoming. In typical Planned Parenthood style, the abortion giant has done nothing to shed light on the question. In fact, it has done just the opposite.... Read more.
Posted by Island Livin' at 12:56 AM No comments: Links to this post

If anyone is inclined to support Breast Cancer Research, may I respectfully suggest that Karen Malec’s organization can get a much greater bang for the buck by getting the word out about PREVENTION. This is the message that the media will never divulge. This newsletter and related article are a must read. Full story.

Related link:
The Coalition on Abortion/Breast Cancer
Posted by Island Livin' at 12:48 AM No comments: Links to this post

Now for something COMPLETELY different – two advertisements for compulsory euthanasia. Not the garden-variety voluntary euthanasia that they have in the Netherlands and Belgium, or the sneaky compromise of doctor-assisted suicide, but “80 and Sayonara, nice knowing you”. Read more.
Posted by Island Livin' at 12:42 AM No comments: Links to this post

The only abortion clinic in northwest Arkansas that provides elective surgical abortions is closing.

74-year-old William Harrison opened his facility in Fayetteville in the late 1970s, and it became the site of frequent pro-life protests and prayer vigils. But the abortionist's recent diagnosis of leukemia has left him unable to continue seeing patients.

Zellen White, a frequent pro-life protestor at the clinic, feels the facility is the worst thing that ever happened to Fayetteville.

Closed sign"I heard this guy say at one time, the one that did the abortions say that he had a hard time with one baby because it was full-term [and] ready to be born, but he said that after they poked a few holes in its head, it was taken care of," she shares. Read more.
Posted by Island Livin' at 12:37 AM No comments: Links to this post

Washington, DC (LifeNews.com) -- The Associated Press surprised readers with a new story on the contrasts between adult and embryonic stem cell research and a headline indicating what pro-life advocates have long known: the use of adult stem cell research is helping patients now and far outpacing embryonic studies.

"For all the emotional debate that began about a decade ago on allowing the use of embryonic stem cells, it's adult stem cells that are in human testing today. An extensive review of stem cell projects and interviews with two dozen experts reveal a wide range of potential treatments," AP admitted. Full story.
Posted by Island Livin' at 12:33 AM No comments: Links to this post

A few months ago, Dr. Thomas Einhorn was treating a patient with a broken ankle that wouldn't heal, even with multiple surgeries. So he sought help from the man's own body.

Einhorn drew bone marrow from the man's pelvic bone with a needle, condensed it to about four teaspoons of rich red liquid, and injected that into his ankle.

Read the rest here.
Posted by EC Gefroh at 3:39 PM No comments: Links to this post

Stem cells taken from the umbilical cords of 55 Hawaii babies have saved lives all across the United States as well as in Spain, France and Italy.

Read the rest here.
Posted by EC Gefroh at 3:35 PM No comments: Links to this post 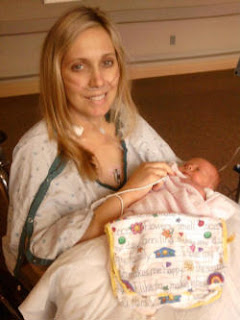 Read it here
Posted by EC Gefroh at 11:39 AM No comments: Links to this post

What So-Called Pro-Choicers Cannot Watch From Start To Finish

Posted by EC Gefroh at 11:36 AM No comments: Links to this post

Email ThisBlogThis!Share to TwitterShare to FacebookShare to Pinterest
Labels: Babies

The Vatican has condemned as "unacceptable" the green light given by US regulators to a clinical trial for a treatment based on human embryonic stem cells.

Read the article in its entirety here.
Posted by EC Gefroh at 10:59 AM No comments: Links to this post

Vatican preparing new document on effects of abortion on women 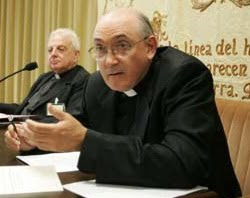 The new president of the Pontifical Academy for Life, Archbishop Ignacio Carrasco de Paula, announced that his dicastery is preparing a document on the effects of abortion on women, often called post-abortion syndrome. The document will focus on the study of the “habit of abortion” and is expected to be published next year.

Read the rest here.
Posted by EC Gefroh at 10:57 AM No comments: Links to this post

Email ThisBlogThis!Share to TwitterShare to FacebookShare to Pinterest
Labels: Post-abortion

In the LifeLight: 40 Days for Life Leader Talks Saving Lives, One Prayer at a Time

WASHINGTON, D.C., July 30, 2010 (LifeSiteNews.com) – Following the closure of yet another abortion facility deluged by pro-life prayer and fasting, one leader of the wildly successful 40 Days for Life campaign has discussed the principles behind a movement that has electrified the pro-life community around the world.

Shawn Carney is Campaign Director for 40 Days for Life, a national prayer campaign to end abortion that has grown by leaps and bounds since it was launched in 2006, in both the U.S. and abroad. In this exclusive interview with LifeSiteNews.com, Carney shares his thoughts on the success of 40 Days for Life, which besides witnessing the rescue of countless babies and mothers from abortion, has also seen abortion mills close - the latest being in Fayetteville, Arkansas - and clinic workers converted. Full story.
Posted by Island Livin' at 1:51 AM No comments: Links to this post