The Necessity of Voting Pro-Life

From Bound4Life O'ahu:
by Jerry

Our dear nation finds itself in dire times. We the people have either voted for or allowed (by our inactivity) the death of millions of our brethren, and it appears that the leaders and officials we allow to hold office will not relent until the bloodshed results in a calloused and brutal genocide of the weakest and poorest among our youngest and most elderly. I will not shy away from the testimony that it is blood on our hands, meaning the voter, for we have allowed the death of millions of babies and, if history repeats itself in the upcoming elections, the death of many elderly and handicapped individuals. As a twenty-seven year old, it was the generation of my grandfathers who voted for those who made abortion legal, and now my generation faces the decision to vote for those who will make physician assisted suicide (aka euthanasia) just as common as abortion. Read more

Related link
Find pro-life candidates for your area at Vote for Life Hawai'i
Register to vote here
Posted by Island Livin' at 6:47 PM No comments: Links to this post 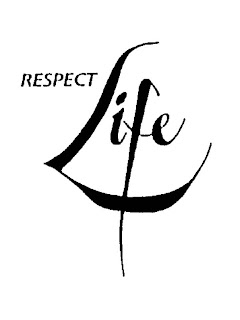 Life is the Only Choice (by David MacDonald www.ProLifeMusic.com)

David MacDonald
Posted by EC Gefroh at 9:43 AM No comments: Links to this post

What Do Men Have to Do with It?

By Tracy Nunes
from her blog "...a mess for Jesus: Proving What God Can Do With Broken Lives"

In most ways and at most times you are not going to hear the word “men” in relation to the word abortion. What you do hear or read will typically portray men as either conspirators who hold women down by keeping them pregnant, barefoot and powerless or as cluelessly unaware of and unaffected by the pain that abortion brings to both themselves and the woman. Neither is a balanced or fair portrayal of the vast majority of men.

No one can deny that men sometimes will hold the majority power in the realms of politics and policy. Neither can anyone challenge that abortion usually happens under the pressure from a man that the woman is in relationship with; either her father or the father of the baby.

Nevertheless, saying that men should then be left out of the discussion about post abortion healing is short sighted and ultimately unprofitable. Whether a man pressured a woman to abort, supported her unpressured decision to abort or was not given the opportunity to raise a child he wanted, he is hurt by abortion. Read more

Pearson Foundation of Hawaii and Hawaii Right to Life present

Free admission (calabash offering will be taken), everyone invited!
Noted theologian, author, attorney, and Vatican scholar Msgr. Barreiro will speak about human life and its value in our society. As chaplain to His Holiness Pope Benedict XVI and interim director of Human Life International, he has valuable insights to share about human life and dignity.

His global ministry within the Holy See, as a former U.N. representative, having served along side the Missionaries of Charity of Mother Theresa of Calcutta, and with many others give him a unique perspective on positively influencing our culture for Life.

Volunteers needed! To help at any of these events, call Pearson Foundation of Hawaii, 808.942.0328
Posted by Island Livin' at 6:03 PM No comments: Links to this post

Eve Silver once worked for the Susan G. Komen Foundation, America’s largest breast cancer awareness and prevention organization. Eve sat on the board of Komen’s Latino Advisory Committee, which focused on educating Latino women to lower their rate of breast cancer diagnosis. As a two-time breast cancer survivor, Eve had a personal connection to this cause. Then she found out that the abortion she had years earlier increased her risk of a breast cancer diagnosis. Not only did Eve become aware of the 36 scientific studies supporting this link, but she realized the money being raised by Susan G. Komen was funding Planned Parenthood; the number one provider of abortions in America.

It’s been a year since my uncle opted for assisted suicide. To me it’s an excruciating anniversary. He talked about this for a year before it became law. He’d had surgery for cancer which left him with a catheter. He was depressed at 94 but was home with assistance from friends and health givers. I thought this could never happen because he was just old and depressed.

When the law became reality, friends helped him with his quest. They took him to doctors that my uncle convinced this was what he wanted. His profession had been car salesman so he got the doctors to sign off on him. Friends who were his caretakers tried to talk him out of it, saying it wasn’t right because he wasn’t terminal.

The date was set for the final event. I loved him and wanted to be with him when he died. It felt like an execution.

The details are still painful. Holding him the 25 minutes it took for his heart to stop.

My uncle was the third person to die under the new law. Depressed yes. Terminal no.

My thoughts in that hour: “Father, forgive them; they know not what they do.”

Take action!
Join with Hawaii Right to Life as we fight deadly assisted suicide legislation in Hawai'i. There are currently three assisted suicide bills that will be taken up by our state legislature when it reconvenes in January. Click here to make your online donation for Life.
Posted by Island Livin' at 3:32 PM No comments: Links to this post

September 27, 2010 (40DaysforLife.com) - The subject line of today’s message no doubt got your attention. It’s the one thing everybody always wants to know — “How many babies have been saved?”

As of the time I’m posting this, the total is indeed …

We always add “that we know of” because no one other than God Himself knows exactly how many lives He has spared in response to your prayers and fasting.

With that in mind, here are some wonderfully encouraging reports from local 40 Days for Life campaign coordinators: Read more

Posted by Island Livin' at 12:26 AM No comments: Links to this post