While Others Try to Protect Women, Planned Parenthood Runs With Scissors

The liberal group MoveOn.org, which brought us online ads comparing President George W. Bush to Adolph Hitler and newspaper ads calling a decorated military general a “traitor,” now is focusing on getting people to rally to the side of abortionists like Planned Parenthood and to defend taxpayer funding and subsidizing of the abortion giant. Staying true to form of showing the creativity of a dull peanut MoveOn.org relies on that old vile standby of a coat hanger abortion, and no surprise they get a third rate [actress] from Hollywood to play a terrified woman. Read more

Posted by Island Livin' at 2:02 AM No comments: Links to this post

BreakPoint by Chuck Colson
As I mentioned last week on BreakPoint, modern eugenics puts a “happy face” on eliminating the weak. Here is a case in point. Click here to continue
Posted by Island Livin' at 1:46 AM No comments: Links to this post 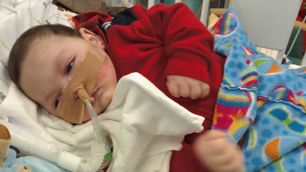 A Windsor, Ont., couple is facing the prospect of watching their terminally ill son die what they say will be a painful death in hospital instead of peacefully at home.

"They want to kill [the] baby," Moe Maraachli said Thursday in an interview from London, Ont., after losing a court fight to stop doctors from taking 13-month-old Joseph off life support.

Your voice is critical to the victory some incredible legislation! The U.S. House of Representatives will be voting on multiple abortion-related amendments to a bill, HR-1, that will fund all federal programs through Sept. 30, 2011. We have been told that the vote will most likely take place today or tomorrow.

Of immediate importance is an amendment being offered by pro-life Congressman Mike Pence (R-IN). The "Pence Amendment" (aka amendment #11) would deny all federal funding for Planned Parenthood through Sept. 30, 2011. As you know, Planned Parenthood is the nation's largest abortion provider, reporting 324,008 abortions in 2008! Approximately 1/3 of all Planned Parenthood's income is derived from abortion income.

Currently, 1/3 of a billion dollars is allocated to Planned Parenthood by our Federal government...that's tax dollars from ALL taxpayers-whether pro-life or pro-choice. As you know, 70% of Americans are OPPOSED to using tax dollars to fund abortions.
Also of critical importance is the Fleming Amendment (aka amendment #54) offered by Rep. John Fleming (R-LA) for healthcare right of conscience protection. It would prevent any funds made available under the continuing resolution from being used to rescind or otherwise alter the conscience protection regulation currently in effect. This regulation implements existing conscience laws and provides an opportunity for individuals who have been discriminated against to file a complaint with the HHS Office of Civil Rights. If the regulation is rescinded it will be more difficult for individuals to seek protection under existing conscience laws.
Please contact your U.S. House member and urge him or her to support the Pence Amendment (which is amendment 11) and Fleming Amendment (which is amendment 54) to H.R. 1. You can find your representative here. Be encouraged even if your House member does not generally act to protect life--which is the case for Hawai'i--to speak up for those who cannot speak for themselves. YOUR VOICE IS MAKING A DIFFERENCE!

Together, we can build a culture of life for Hawaii and beyond.
Posted by Island Livin' at 2:14 PM No comments: Links to this post

By Wesley J. Smith, Secondhand Smoke blog
A child born without a cerebellum is learning to walk.
From the story:

A three-year-old boy has baffled doctors after he has started learning to walk, despite missing a key part of his brain. Chase Britton was born prematurely and an MRI scan at the age of one revealed he was completely missing his cerebellum – the part which controls motor skills, balance and emotions. The little boy, who is legally blind, also has no pons – part of the brain stem that regulates basic functions including breathing and sleeping.

But instead of being unable to carry out tasks like sitting up or crawling, Chase has forced experts to rethink how the brain functions. His mother Heather Britton told AOL News: ‘We call him the Little Gremlin. He loves to play tricks on people. His goal in life is to make people smile. ‘No one had ever seen it before. And then we’d go to the neurologists and they’d say, “that’s impossible, he has the MRI of a vegetable”.’ Dr Adre du Plessis, chief of Foetal and Transitional Medicine at the Children’s National Medical Center in Washington D.C., told WGRZ: ‘There are some very bright, specialised people across the country and in Europe that have put their minds to this dilemma and are continuing to do so, and we haven’t come up with an answer. Read more
Posted by Island Livin' at 10:41 AM No comments: Links to this post

From Secondhand Smoke, the blog of Wesley J. Smith 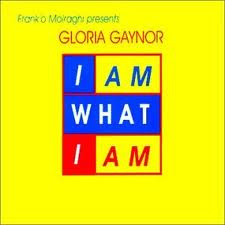 Stanford University’s William Hurlbut and I are great friends. Bill is best known for his service on the President’s Council on Bioethics, and his proposal to circumvent the ethics/science discord over human cloning and ESCR with “altered nuclear transfer,” which I don’t wish to discuss in this thread.

Bill strongly supports human exceptionalism–although he doesn’t tend to use that term. Bill has long advocated for the intrinsic value of human life at all stages, including the human embryo. Read more

Posted by Island Livin' at 10:37 AM No comments: Links to this post

Physician-Assisted Suicide: A Recipe for Elder Abuse and the Illusion of Personal Choice

"Elders and people with disabilities are, as a group, at high risk for violence, abuse and exploitation."
Vermont Center for Crime Victim Services

Posted by Island Livin' at 10:28 AM No comments: Links to this post

From the blog of Alex Schadenberg, Euthanasia Prevention Coalition
Stephen Drake, the research analyst for the disability rights group Not Dead Yet has done a great analysis of the recent comments by Scott Foster, the communications director for the Hawaii Death with Dignity group. Drake always does a great analysis, and he always looks into the archives for more information. Read more
Posted by Island Livin' at 10:24 AM No comments: Links to this post 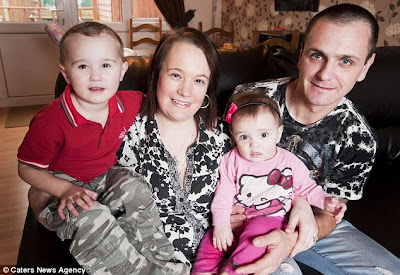 A mother who refused to abort her unborn baby after discovering she had leukaemia, has stunned doctors by giving birth to a healthy baby girl.

Read more: here
Posted by EC Gefroh at 11:12 AM No comments: Links to this post