Posted by EC Gefroh at 2:49 PM No comments: Links to this post

Baby Joseph NOT in vegetative state

Read the latest news on Baby Joseph over at LifeSiteNews
Posted by EC Gefroh at 1:00 PM No comments: Links to this post

Silent No More about Planned Parenthood

From Priests for Life

ROME – While having various meetings at the Vatican regarding the pro-life movement, Father Frank Pavone, National Director of Priests for Life, announced that the women and men of the Silent No More Awareness Campaign (a joint project of Priests for Life and Anglicans for Life) are raising their voices about their experiences at Planned Parenthood as the U.S. Senate prepares for its vote on whether to defund the world’s largest abortion business.

At Silent No More, members of the Campaign are sharing their painful experiences, providing more firsthand evidence that Planned Parenthood does not serve the needs of women and has no respect for the law.

“I was 17 years old - the lady at the Planned Parenthood clinic in Council Bluffs, Iowa told me I could go to Women's Services clinic in Omaha, Nebraska, to get the procedure. My boyfriend at the time was 23 or 24 and I was told not to mention that or he would get into trouble. I don't feel like they really had my best interest in mind. From what I understand, they still give young girls the same advice. I was devastated by that abortion and my life spiraled downward.”

The Campaign is providing these and numerous other testimonies to the U.S. Senate in the days ahead, and is urging citizens, as they communicate with their Senators, to share with them the voices of experience found at www.SilentNoMoreAwareness.org/testimonies.

Founded in 2003 by Janet Morana, executive director of Priests for Life, and Georgette Forney, president of Anglicans for Life, the Silent No More Awareness Campaign has become an integral part of the March for Life, which every January marks the anniversary of the 1973 Roe vs. Wade decision. Women and men who have been harmed by their abortion experiences also share their testimony at events across the country and throughout the year.

Beginning March 1, members of the Campaign will take to the streets in front of the Senate offices in Washington, holding their signs saying, “I Regret My Abortion.”

Posted by EC Gefroh at 10:14 AM No comments: Links to this post

1. Yesterday Kline testified under oath that Planned Parenthood of Overland Park and George Tiller together aborted 166 girls 14 years and under and only reported one each to authorities. So 164 cases of underage rape or statutory rape went unreported and, therefore, uninvestigated by authorities. I have written a blurb here at Jill Stanek's blog.

2. A very important article has been written, here: Pro-Kline report concealed for months.
Posted by EC Gefroh at 9:19 AM No comments: Links to this post

Every abortion kills a living human person—that is a fact. From the moment of creation to the moment of birth, there is a child that is undergoing a period of remarkable growth and development. Abortion stops that miraculous growth cold and robs the world of all that child would have accomplished. That person is lost.

NPLTW is organized by American Life League with the intent to increase awareness of the personhood of the child in the womb and the tragedy of abortion.

Primarily, we are concerned with getting people to think of the child as a person from the moment of his or her biological inception. It is much harder to murder a person than it is to "remove a lump of tissues," and it is only when we finally get the nation thinking in those terms that we will be able to restore the right to life of our pre-born brothers and sisters. Learn more

Just by wearing the T-shirt and being out there in public, you will help to accomplish that goal!
Posted by Island Livin' at 8:42 PM No comments: Links to this post

Victories made possible with your partnership

Hawaii's people have been spared yet again from the threat of deadly assisted suicide legislation. After a recent legislative hearing for Hawaii Senate Bill 803, patterned after Oregon's assisted suicide law, the measure was unanimously deferred by a senate committee after overwhelming opposition from people across the state. Those with disabilities, caregivers, healthcare professionals, and many others from all walks of life gave compelling reasons to oppose the bill.

Kevin Inouye, who wore a sticker saying, "No doctor-prescribed death," spoke from his wheelchair. He explained that he contemplated suicide following an accident that left him paralyzed and that if the law had allowed it, he would have wanted to get a prescription for death. He then said, "As soon as my situation got a little bit better and I learned to live with my disabilities, I wanted to live again."

Artist Kim Howard testified that she has been a quadriplegic for 20 years but that she lives a fulfilling life and paints seascapes by holding a brush with her mouth. She declared, "We do not need a law that is presented to people when they are vulnerable, sick and unable to think clearly."

Kevin and Kim are right. Assisted suicide preys on those who might make a decision during a time of despair, that if given time and support, could change. We need to keep working to let others know that assisted suicide is not the answer and that help and hope are available. Your gift will help us continue this effort. Please click here to give your tax deductible gift now.
Posted by Island Livin' at 8:17 PM No comments: Links to this post 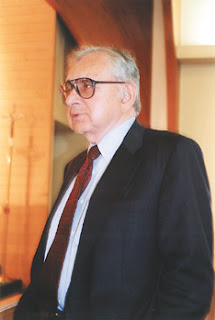 Former abortionist and NARAL co-founder Dr. Bernard Nathanson, who turned his back on the abortion industry to recognize the value of the unborn, has died at the age of 84 of cancer in New York.

May he rest in peace.
Posted by EC Gefroh at 1:50 PM No comments: Links to this post

Email ThisBlogThis!Share to TwitterShare to FacebookShare to Pinterest
Labels: Obituaries

Urgent action is needed to oppose Hawaii Senate Bill 218, which would require that hospitals offer emergency contraception (aka the "morning after pill") to all sexual assault victims.

Victims of rape and intimate partner violence need compassionate care, however, emergency contraception could actually harm the very women it is intended to help by causing nausea, vomiting, headaches, breast tenderness, dizziness, fluid retention, abdominal pain and irregular bleeding. Depending on when it is taken, emergency contraception can also result in early abortion. The bill does not specifically require that patients be informed of these risks to obtain informed consent. We believe that women deserve better.

Another problem with this bill is that it does not provide a healthcare right of conscience exception for hospitals or individuals who object to offering emergency contraception for medical, ethical, moral, or religious reasons. Those who refuse face penalties by state government and could risk discipline from their own employers.

This sets a dangerous precedent by allowing the government to mandate what healthcare providers must do, violating individuals' constitutional rights and in effect practicing medicine. Patients will ultimately suffer as healthcare providers set aside their own best judgment and follow governmental requirements or leave the practice of medicine rather than violate their own consciences.

***We urge you to contact the senate judiciary committee members and submit online testimony by Wednesday, February 23 to voice your opposition to the bill, which would receive taxpayer funding.***

Posted by Island Livin' at 2:43 PM No comments: Links to this post

The Obama administration recently rescinded the federal regulation protecting conscience rights in healthcare. They want to force all healthcare professionals to participate in abortions, prescribe lethal prescriptions, and take part in other controversial actions.

This will not only hurt doctors, nurses, pharmacists, and other medical professionals, but will ultimately harm patients whose medical care will be subject to government interference and who may eventually be treated only by those whose consciences are not violated by these rules...others having left their professions in protest rather than violate their own ethics or religious beliefs.

What you can do:

Posted by Island Livin' at 2:41 PM No comments: Links to this post

This spring, from March 9 - April 17, Honolulu will be one of nearly 250 cities worldwide participating in the largest and longest coordinated pro-life mobilization in history -- the 40 Days for Life campaign. 40 Days for Life is a focused pro-life effort that consists of:
We are praying that, with God's help, this groundbreaking effort will mark the beginning of the end of abortion in Hawai'i and around the world.
These campaigns are making a difference! So far, 40 Days for Life campaigns have resulted in:
While all aspects of 40 Days for Life are crucial in our effort to end abortion, the most visible component is the peaceful, public prayer vigil. You can help make a life-saving impact by joining our local vigil at:

The building is on the mauka side of King, 1/2 block 'ewa of Ke'eaumoku. We pray on the sidewalk in front of the building.

***The next planning meeting will be Saturday, February 26 at 9:00am. To learn more, contact Mary at marytom100(at)gmail(dot)com.***
Related links
40 Days for Life
40 Days for Life Honolulu
Posted by Island Livin' at 1:04 PM No comments: Links to this post