Today is a special day, the "International Day of Prayer and Remembrance for Terri Schindler Schiavo, and All of Our Vulnerable Brothers and Sisters," (Terri's Day!), which is observed each year on March 31, the anniversary of her death.

It was six years ago today that 41-year-old Terri Schiavo succumbed to 13 days of court-ordered dehydration and starvation under the watchful eyes of a security guard posted nearby.

In memory of her life and senseless death, and so that we may better understand the disability discrimination that led to her euthanasia, Hawaii Right to Life and KALO-TV present:
***The Terri Schiavo Story today at 3:00 & 11:30pm on channel 38 (cable 25)***

We invite you to take this opportunity to learn about Terri, to pray and act on behalf of all whose lives are threatened in the same way that Terri's was.

Hawaii Right to Life wishes to thank KALO-TV, the Schiavo Family, and Franklin Springs Family Media for making The Terri Schiavo Story available to Hawaii viewers. If you appreciate quality pro-life programming, please consider a gift to Hawaii Right to Life and viewer supported KALO-TV.
Posted by Island Livin' at 11:18 AM No comments: Links to this post

Abby Johnson has a story to tell...let's get it on TV!

Defunding Planned Parenthood is within reach. The abortion lobby knows this and is putting a massive effort into convincing Congress to maintain its funding. We have to put the pressure on, too. Check out the TV ad by CatholicVote.org and the Susan B. Anthony List. Please take a moment to watch and help spread the word!

Posted by Island Livin' at 5:28 AM No comments: Links to this post

On this day in history, Terri Schiavo dies

It was six years ago today, March 31, 2005, that 41-year-old Terri Schiavo succumbed to 13 days of court-ordered dehydration and starvation under the watchful eyes of a security guard posted nearby.

Thousands of protesters were gathered outside her Pinellas Park, Fla., hospice, surveilled by rooftop sharpshooters paid for by the hospice at a cost of $98,162. Read more
Posted by Island Livin' at 5:16 AM No comments: Links to this post

Father Frank Pavone, the president of Priests for Life, today remembered Terri Schiavo, the disabled woman whose former husband killed her six years ago after winning a court order to remove her food and water.

Terri’s family fought in state and federal courts to prevent Michael Schiavo from taking Terri’s life, but they were not successful in acquiring the medical care and rehabilitative treatment they wanted to provide her.

Six Years Ago Today…. read more
Posted by Island Livin' at 11:09 PM No comments: Links to this post

WASHINGTON, D.C., March 30–A series of new undercover phone calls reveals that contrary to the claims of Planned Parenthood CEO Cecile Richards and other supporters of the nation’s largest abortion chain, the organization does not provide mammograms for women.

Opponents of defunding Planned Parenthood have argued in Congress and elsewhere that the organization provides many vital health care services other than abortion, such as mammograms. Most prominently, Planned Parenthood CEO Cecile Richards recently appeared on The Joy Behar Show to oppose the Pence Amendment to end Planned Parenthood’s taxpayer subsidies, claiming, “If this bill ever becomes law, millions of women in this country are gonna lose their healthcare access–not to abortion services–to basic family planning, you know, mammograms.” Read more

Posted by Island Livin' at 7:56 AM No comments: Links to this post

Urgent action is needed to OPPOSE HCR 71, which would use taxpayer funding to provide the human papillomavirus (HPV) vaccine to indigent patients, to teens through the Teen Vax program, and to pressure private insurers to require patient vaccinations. The HPV vaccination would be administered to young women from 11-26 years of age.

The bill language makes the false claim that HPV vaccination results in "few or no side effects" when, in fact, there have been documented serious adverse effects worldwide, including many deaths. Moreover, a number of studies, including those published in the Journal of Clinical Microbiology and the Journal of Medical Virology indicate that HPV may be transmitted through non-sexual contact, including from parents to infants. Currently, HPV screening prior to vaccination is not routinely done.

We believe that rather than foist HPV vaccination on unsuspecting young women (particularly minors) as a "silver bullet" that magically wards off HPV and cervical cancer with allegedly "few or no side effects" it should be between patients and their doctors to review the facts and decide whether the HPV vaccine should be administered.

Given the facts currently available, it's evident that choosing whether or not to administer the HPV vaccination does not rise to the level of a public health concern that should involve the government. Given this, and especially given that there are serious health risks involved, it is not the role of government to make decisions of this type for patients, particularly minors, that should instead be made as an informed decision by families with input from healthcare providers.

ONE MORE GIRL from ThinkExist Productions on Vimeo.

Posted by Island Livin' at 6:47 PM No comments: Links to this post

All Should Sign Durable Powers of Attorney for Health Care 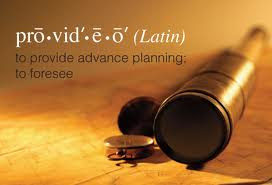 Posted by Island Livin' at 8:05 AM No comments: Links to this post

Read article on LifeNews.com here.
Posted by Island Livin' at 6:17 PM No comments: Links to this post

"International Day of Prayer and Remembrance for Terri Schindler Schiavo, and All of Our Vulnerable Brothers and Sisters," (Terri's Day!), will be observed each year on March 31, the anniversary of her death. Click here for suggested ways to observe this day.
Related link
Terri Schiavo Life & Hope Network
Posted by Island Livin' at 10:39 AM No comments: Links to this post