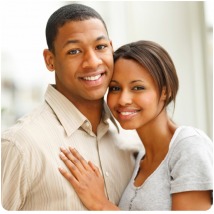 Relationships can be complicated. If you are facing an unplanned pregnancy, you have some tough decisions to make. They are even more difficult when you don't have the information you need to make a truly informed decision. The good news is that you don't have to do this alone. Knowledge is empowering.
Posted by Island Livin' at 6:53 PM No comments: Links to this post


As a judge on this season's American Idol, Steven Tyler has made a return of sorts to the cultural forefront. The former frontman for the band Aerosmith also recently penned his autobiography, Does the Noise in My Head Bother You? And the band itself wrote a kind of collective autobiography, with recollections of band members and various hangers-on, called Walk This Way.

Both books got some attention for what Tyler wrote about the abortion his young girlfriend had decades ago. "It was a big crisis. It's a major thing when you're growing something with a woman, but they convinced us that it would never work out and would ruin our lives...You go to the doctor and they put the needle in her belly and they squeeze the stuff in and you watch. And it comes out dead. I was pretty devastated. In my mind, I'm going, Jesus, what have I done?"

Last week, that girlfriend, Julia Holcomb (her maiden name), decided to tell her side of the story to LifeSiteNews, a pro-life website. Now a devout Christian and married mother of seven children, she wanted to set the record straight on a number of things she says Tyler falsely claimed about her. But her primary aim in going public is to tell a story of hope, healing and faith that can come after an abortion. It's a story she calls "The Light of the World." Read more
Posted by Island Livin' at 5:18 PM No comments: Links to this post

Posted by EC Gefroh at 5:03 AM No comments: Links to this post

Posted by EC Gefroh at 4:30 AM No comments: Links to this post