The Attorney General of Hawaii has issued a formal opinion rejecting Compassion & Choices' claim that physician-assisted suicide, termed "aid in dying," is legal in Hawaii. A press release issued by the Alliance Defense Fund describes that Senator Josh Green, MD had requested the opinion from Attorney General David Louie.[1]


[T]he attorney general's legal opinion states that state law "does not authorize physicians to assist terminally ill patients with dying" and "a physician who provided assistance with death could be charged under Hawaii's manslaughter statute." The press release also quotes Honolulu attorney Jim Hochberg: "[N]o one should believe the recent falsehoods that pro-death proponents have spread about [Hawaii] law."

[1]  To view the ADF Press Release, click here
Posted by Island Livin' at 7:15 PM No comments: Links to this post 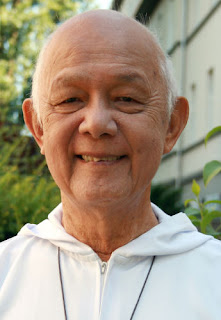 A center caring for expectant mothers and their unborn babies is the latest development in a pro-life campaign responding to pressure from international agencies to liberalize Jamaica’s abortion laws.
Help from a number of sources, including a grant from Catholic charity Aid to the Church in Need (ACN) of $40,000, enabled the Missionaries of the Poor to build the Holy Innocents Women in Crisis Center, which is expected to open in January 2012.
The center in Kingston, Jamaica, will be able to accommodate 20 mothers and their babies, as well as having facilities to provide day care for up to 200.
Fr. Richard Ho Lung, founder of the Missionaries of the Poor, said, “It turned out to be a very beautiful building, with the facilities to counsel women, to the house the women if it is necessary, whether temporarily or longer, and to take care of their babies and offer them services right through their pregnancy.”
Fr. Ho Lung described how the Missionaries of the Poor’s plans to care for the unborn, which the center is key to, developed in response to a determined push by international agencies to pressure Jamaica’s government into changing the country’s abortion laws.
Fr. Ho Lung discovered humanitarian aid to Jamaica was being tied to preconditions that the government would liberalize abortion. Under current laws, termination can only occur where there is fetal abnormality, a threat to the health of the mother, or if pregnancy is the result of rape or incest.
The founder of the Missionaries of the Poor said, “I called it ‘blood money,’ because international aid was now being tied up with international family planning agencies who espoused abortion.”
“The European Union and US AID must not have conditions tied to aid for building schools, or fixing roads, or helping hospitals, and so forth, and I called it internal interference in the running of our country’s life and politics.”
Fr. Ho Lung described how the Missionaries of the Poor organized doctors, nurses, teachers, students, and Christians across the ecumenical spectrum to oppose any liberalization of abortion.
The government shelved plans after a poll showed 65 percent of Jamaicans opposed any change in the law.
However, after the campaigning was over, Fr. Ho Lung felt that they needed to offer mothers an alternative to abortion.
Fr. Ho Lung said, “It seemed to me it is not enough just to say it’s wrong but that there had to be a positive, practical response.”
He described how a small community of Sisters had come into existence nine months ago as a result of the Missionaries of the Poor’s pro-life work.
The Sisters have taken a lead role in caring for babies and their mothers.
While the Holy Innocents Center is not yet fully operational, a clinic is already being run from the building and the Sisters attend to 80 to 100 expectant mothers every week.
Fr. Ho Lung said, “We have six Sisters now, and we have many who are requesting to join us, which was a surprise in Jamaica, which is not very Catholic.”
The Missionaries decided to limit the new community to a few Sisters until its first members are well formed in spiritual life and they “really understand their commitment to the homeless and destitute as well as women and babies who are in great need.”
Fr. Ho Lung said, “I think it’s God’s way of acting. I never thought of forming a community of Sisters; we have 600 brothers right now.”
The founder of the Missionaries of the Poor emphasized that the care given by the Sisters is free as will be all the facilities at the new center.
Fr. Ho Lung went on to thank ACN for its support.
He said, “Whether it’s medical services or something else all things are done free.”
“People see this as a miracle of Faith that so much gets done just by simply trusting in the Lord and trusting in Christ working in the lives of generous people.”
“And that’s where I think Aid to the Church in Need really is a most helpful agency. They have been one of our most important charitable agencies helping the Missionaries of the Poor.”
With image of Fr. Richard Ho Lung, founder of the Missionaries of the Poor
Editor’s Notes:
Directly under the Holy Father, Aid to the Church in Need supports the faithful wherever they are persecuted, oppressed or in pastoral need.  ACN is a Catholic charity - helping to bring Christ to the world through prayer, information and action.
Founded in 1947 by Father Werenfried van Straaten, whom Pope John Paul II named “An Outstanding Apostle of Charity,” the organization is now at work in over 145 countries throughout the world.
The charity undertakes thousands of projects every year including providing transport for clergy and lay Church workers, construction of church buildings, funding for priests and nuns and help to train seminarians. Since the initiative’s launch in 1979, 43 million Aid to the Church in Need Child’s Bibles have been distributed worldwide.
For more information contact Michael Varenne at michael@churchinneed.org or call 718-609-0939 or fax718-609-0938. Aid to the Church in Need, 725 Leonard Street, PO Box 220384, Brooklyn, NY 11222-0384. www.churchinneed.org
Posted by EC Gefroh at 3:26 PM No comments: Links to this post

Email ThisBlogThis!Share to TwitterShare to FacebookShare to Pinterest
Labels: Unborn

“I really don’t believe in abortion. It’s like killing a baby.” - Justin Bieber, in response to a question from Rolling Stone magazine

Read article at LifeNews.com
Posted by Island Livin' at 7:04 PM No comments: Links to this post

Posted by EC Gefroh at 11:30 AM No comments: Links to this post